Passages Peel gets some Soul 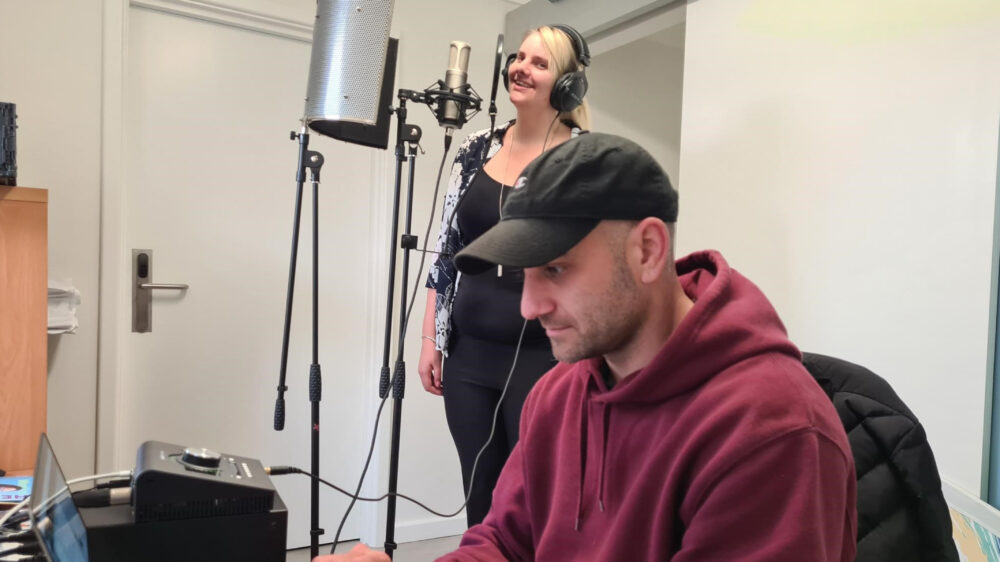 Each week, one of the consulting rooms at Passages Peel is transformed into a mini recording studio where Passages Youth Worker Aaron D’Vaz collaborates with young people to create a variety of music. Connecting with the young people who visit Passages Youth Engagement Hubs is essential to being able to provide them with the types of support and referrals they need in a safe, friendly and positive environment. Aaron says the music program is a way of helping to build relationships with young people so they can express themselves, build up their confidence and self-esteem, and be a distraction from their current situation.

“Even though we have only been running the program at Passages Peel for a few weeks, the young people are already writing music tracks with each other and coming to show me what have written, which is awesome. It means that they are making a lot more positive relationships through the music,” Aaron says.

“As the facilitator of the program, the most obvious observation I have made so far is the confidence it instills in young people. Initially all participants are very nervous and by the end of the session they are on a high and bounce out of the studio. It’s such a great feeling to see how they light up with a new-found belief in themselves.”

In the music sessions at the Hubs each week, young people have the freedom to write and record any style or music genre they want, but the most popular choice is Hip Hop. Aaron is a successful Hip Hop artist and performer in his own right, so understands why it can be such a comfortable form of music for the young people to work with.

“Hip hop is accessible and so effective in giving young people a voice to talk about feelings and emotions they otherwise couldn’t or don’t want to. You can create or recite lyrics about anything and don’t have to be a singer to do it. But the appeal of Hip Hop is it’s not just music, it’s a culture built on peace, respect, self-worth and coming together. I see the positive feelings and emotions it provides young people when they create their own tracks which can enable them to have the confidence to make changes in the life they want so they can move forward.”

“I was working with one young person over a few sessions in the Perth music program. He was really struggling mentally and battling alcohol and drug issues. In one session, we just finished recording this track when he broke down. The song had allowed him to verbalise his feelings and reflect on changes he wanted to make in his life. It was at that point he reached out for help and Passages was there to support him. We got him into a rehabilitation program and since finishing he has totally turned his life around.”

“Young people that visit Passages come from such complex and traumatic backgrounds. They are such an inspiration and it’s a privilege to be able to share my skills with them.”

Passages Youth Engagement Hubs provide a safe and supportive environment to help young people who are experiencing homelessness and other complex issues. It is a joint venture between Rotary Club of Perth and Vinnies WA.

More from the Blog

We’ll send occasional (but not too many) updates to you via email.